This was during the Kasawo SSS Old students’ mega re-union as the school celebrated 90 years and the launch of Kasawo Old Students’ Association (KASOSA). That attracted old students and Pallaso who studied in Kasawo from S1 to S4 wasn’t left out.

Surrounded by current students and old friends requesting him to sing for them, Pallaso pulled out Mrs. Joalia Nalwoga who was the deputy head teacher then, and sang for her his ‘Maama’ song saying despite the stick roles of the school, Joalia always granted him pass-outs to allow him go to concerts that developed his talent.

The cheers from students and parents, Joalia broke into tears saying this was overwhelming to her since she never thought students loved her.

what our past students say

I thank the Teachers. The foundation I got from Kasawo is what am still driving on.
Stephen Okhutu
Radio Presenter  - Dunamis Radio 103 fm

Today am one of the celebrated comedian in Africa because of Kasawo Secondary School. Thank you my teachers and my school clubs for making me. Let us go 1 Musoga, 1 Chapati (Tituli Basiru)
Kalele Daniel
Comedian  - One Musoga one Chapati 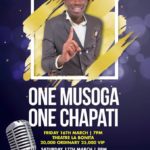 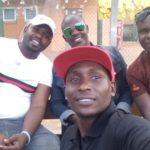